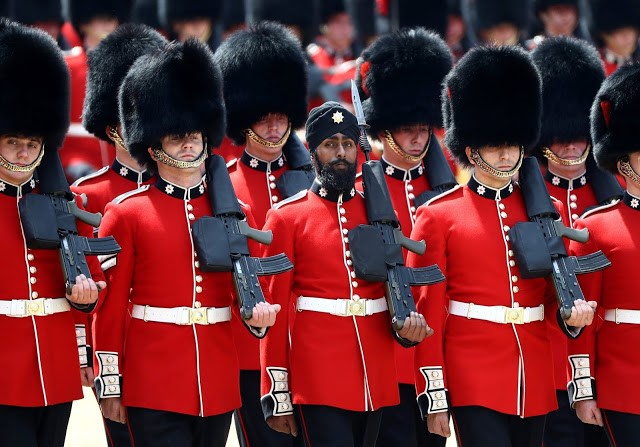 Trooping the Colour is a royal British tradition, starting in 1748. The ceremony originated as guards prepared for battle, presenting their colours and flags so that soldiers would recognise them. Today the ceremony is used to celebrate the Queen’s official birthday in June.

This year Charanpreet Singh Lall became the first person to wear a turban in the Trooping the Colour procession. That’s the first time in 270 years. Charanpreet says, “I hope that people watching, that they will just acknowledge it and that they will look at it as a new change in history.”

“I hope that more people like me, not just Sikhs but from other religions and different backgrounds will be encouraged to join the army.”

“I’m quite proud and I know that a lot of other people are proud of me as well. It’s a good feeling… there’s going to be a lot of eyes and I am going to have influence on other people.”

In assembly today we discussed this picture further. We talked about how Charanpreet feels looking slightly different to the other guards and does that mean he can’t be a guard as well? We all agreed that we have moved on a lot since 1748 and that it is a good thing that people of different religions and backgrounds feel and are included. We discussed that everyone should feel proud of the job that they do and that Charanpreet felt proud to represent his country. 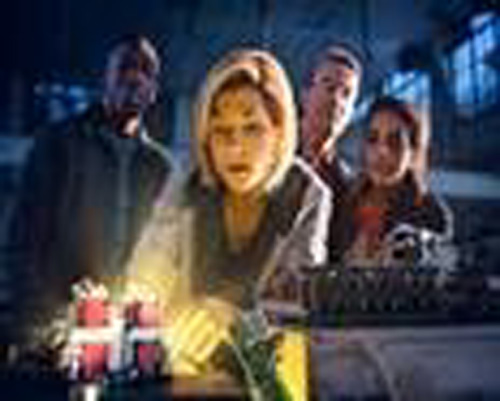 The new series of Dr Who has aired with the Dr as a female for the first time. During the episode the Dr was told she was a woman and she replied, “Am I? Does it suit me? Oh yeah I remember. Half an hour ago I was a white-haired Scotsman.” Later she built her own sonic screwdriver from scratch using impressive engineering skills.

The Doctor said; “We are all capable of the most incredible change. We can evolve while still saying true to who we are. We can honour who we’ve been and choose who we want to be next.”

In assembly today we talked about identity – we had discussions on how we identify each other by sex, race, religion etc and how important this can be. We talked about the quote above and also of the importance of accepting people’s identities and acknowledging everyone’s skills and contributions to society.

During assembly Mrs Knipe discussed British values. She discussed what they were (democracy; the rule of law; individual liberty; mutual respect for and tolerance of those with different faiths and beliefs and for those without faith.) We then discussed how we can see those values in and around school – through how we treat each other with respect, how we learn about government and help to set our own school rules etc. There is going to be a display in the hall that we can look at during assemblies and which we will be contributing to as well.