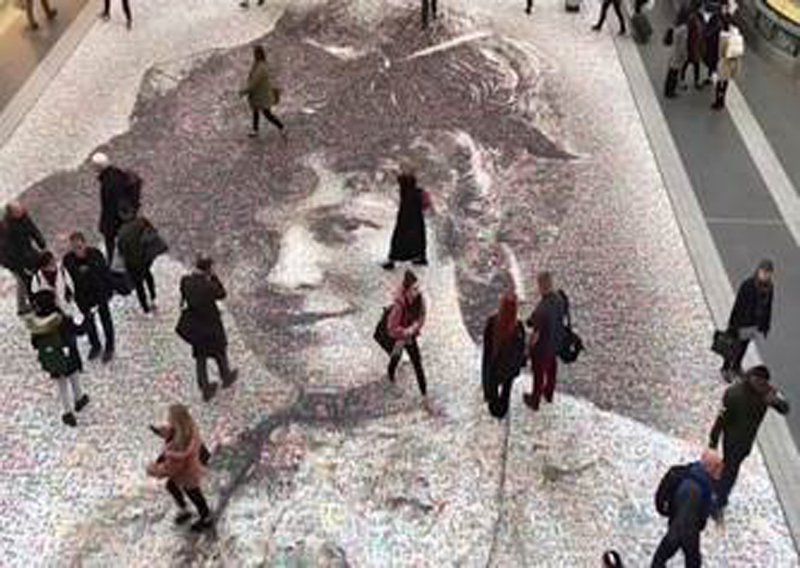 In assembly today we were shown a picture of a huge portrait of a woman who lived 100 years ago which has been unveiled at Birmingham New St Station. The portrait, by artist Helen Marshall, covers the floor of the station. It is an image of Hilda Burkitt, born in Wolverhampton in 1876, and formed of 3,724 selfies and pictures of women from members of the public.

Hilda was a suffragette, campaigning for women’s rights and the right to vote – we discussed what this meant to women and how important it was. We also looked at how unfair it was that women were treated differently and were not allowed the same rights as men. We talked about Hilda and how she ended up in prison for throwing at stone at the prime ministers train – we asked questions about whether this was right and should Hilda have done that? We talked about whether there was a better way for her to protest and make her views known.